The SAS Siege Compound Bow is a great value for the archer on a budget. It’s a fantastic point of balance between quality and accessibility, making it ideal for newbies or even seasoned archers who want to try their luck. The SAS Siege Compound Bow is a lightweight recurve bow that is incredibly accurate and durable, making it ideal for beginners or anybody on a tight budget looking for a low-cost choice. 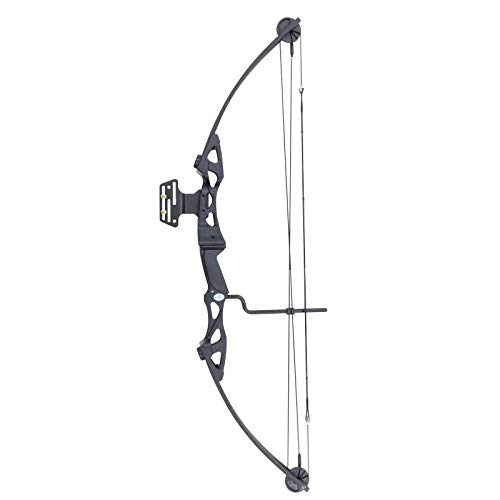 The image of medieval warriors surrounding high-walled castles, covered by archers raining arrows on the field, comes to mind when the word “siege” is used. The earliest example of archers being used strategically dates back to the Battle of Agincourt when Henry V of England utilized enormous units of longbow archers during the Hundred Years War against French forces. Since that time, the art of archery has affected every era. The Southland Archery Supply SAS Siege is a high-quality, low-cost bow that’s suitable for both beginners and experts on a budget looking to perfect this renowned sport.

The riser on the SAS Siege Compound Bow is composed of aluminum, which helps to make the bow lightweight at four pounds. This increases the bow’s value as a hunting weapon, and it’s especially remarkable for a bow of this price range. It’s not easy to locate a low-cost bow that is also appropriate for hunting, but the Siege is partly due to the riser. The riser has small cut-outs that assist in reducing the weight while also giving the bow a sleek, waffled appearance. The riser is also typically curved, and from a distance, this bow might be confused for a recurve. It has a more classic design that would appeal to someone wanting to learn more about the sport or an experienced archer who wants a distinct presence on the range.

The grip on the SAS Siege is a Southland Archery Supply classic aluminum grip, which is identical to the risers. The grip is pleasant and feels natural to grasp, so any novice will feel comfortable holding the bow for the first time. The bow from Southland Archery Supply is simple and inexpensive, making it ideal for a first-time shooter. The grip on the SAS Siege Compound Bow is rather basic, which deducts a point from its score, but the bow has such easy aftermarket add-ons that non-SAS accessories may be easily added if desired.

The accessories on the SAS Siege Compound Bow were likewise kept simple. Although it does come with sight and light, they aren’t particularly useful. They are easily damaged, and it’s challenging to keep them correctly adjusted. The arrow rest is made of a rough plastic that wears down your arrow fletchings as they go through it.

While the cost of a bow is initially lower with these basic accessories, SAS took measures to include numerous pre-drilled holes so that you may add more advanced attachments later. In other words, the SAS Siege only has the essentials to get started and figure out what you like. After that, you may simply upgrade to higher-quality ones as you become more familiar with their use.

The SAS Siege Compound Bow comes with a simple, smooth twin-cam design. The twin-cam configuration is ideal for a novice since the timing is matched, and no major adjustments are required. What’s even more remarkable about this cam system is the cam’s tiny size. As a result, it has several advantages.

Thanks to this redesign, the cams are more durable and less prone to coming out of sync. Second, they’re also quite inconspicuous, which complements the bow’s traditional recurve appearance. Aside from the fact that simplicity is beneficial to the novice and cost-effective, minimalist bow designs have lately become fashionable. In this regard, SAS appears to be ahead of the game. Furthermore, because of the basic design of the cams, the noise produced by the system is reduced, which is better for hunting. Bows, in general, are moving toward that look for additional reasons. The only issue with this cam design is that it isn’t very well-weighted, but the cams add a small weight to the bow already, and SAS was still able to keep the bow under four pounds.

The SAS Siege Compound Bow’s limbs are where you’ll really benefit from this bow. The Southland Archery Supply website boasts that it has “balance, weight, and strength” to make a long-lasting yet light and strong bow. The limbs are composed of ABS-compressed plastic, which is lightweight yet robust. The limb bolts are of excellent quality and can readily be adjusted from 40 to 55 pounds, making it simple for a novice to reduce the bow’s power if required. Increasing or decreasing the draw weight by tightening or loosening one complete revolution of limb bolts. The bolts are capable of being turned a maximum of three times, producing a weight between 15 pounds range.

Unfortunately, there is no manual with the SAS to show you how to make these changes; however, one may be found online. The SAS Siege Compound Bow is a very precise weapon owing to its high level of accuracy provided by the limbs and limb bolts. That isn’t only significant for those who are just getting started in archery. Anyone may appreciate the value of this bow for the money. The limbs appear to have been meticulously designed with a purpose in mind. The value of such endurance, lightness, and accuracy is unquestionably its greatest selling point for such a low price.

AS WE’VE PREVIOUSLY DISCUSSED, the SAS Siege is based on a classic recurve design. The D-shaped riser and limb angles give the bow a classic D profile, while tiny cams conceal the fact that this is a modern, powerful 206 fps compound bow. In fact, there’s nothing else quite like this bow when it comes to combining power and elegance.

The SAS Siege Compound Bow is available in three hues and designs. The autumn-themed camo version is a beautiful foliage pattern that’s ideal for any hunter purchasing this bow. In addition, the camo’s rich brown hue complements the recurve form. The all-black version looks sharp and neat, and any hobbyist would be proud to polish it up. It would also be a wonderful selection for the hunter. The SAS version of the Siege has a black riser and silver limbs. This design may not be ideal for hunting, but you’ll look fantastic on the gun range if it fits your style.

The let-off of the SAS Siege Compound Bow is 70%. This is ideal for the novice since even at a draw weight of 55 pounds, you’ll only be holding about 17 pounds of real weight. This is essential for someone who is just getting started since you can focus more on your goal while your arm develops the ability to keep the bowstring back. At a wall of 29 inches, the let-off occurs, making the bow throughout very forgiving of errors. This is fantastic for a first-time archer, but it’s also great for any hunter who doesn’t want to lose his deer because he flinched.

The cam system is clean and constant, which enhances accuracy and helps those practicing their shooting skills to have a better feel for the bow.

Overall, the bow is comfortable and silent, but it loses a half point because it isn’t completely optimized for sound reduction. The D-shaped bow has a sleek appearance but generates some noise when shot, giving it a vibration. The solid cams may create some vibration, but the bow is still quiet enough for hunting with.

“How does it compare?”

The next upgrade is the SAS Rage, which appears to be superior to the Siege. It features a 70-pound draw weight and a 270-fps speed rating. While the Siege is intended for players who improve their abilities, the Rage is designed particularly for hunters. Since it’s more lethal than the Siege, it’s less forgiving, but that also implies both the shooter and the game. It’s also a little more noise-resistant. With the Siege, you may master the bow, and with the Rage, you may start putting your skills to use.

The Diamond Infinite Edge and Diamond Infinite Edge Pro’s versatility is the most remarkable aspect about them. They come with settings ranging from 5 to 70 pounds of draw weight and a speed of 310 fps. Of course, this flexibility and potential power demand expertise, and the seasoned archer who knows exactly what they require from it is clearly intended. It’s not intended to be a beginner bow or the bow for someone on a tight budget. If you’re just getting started or still practicing and don’t want to spend a lot, the SAS Siege is the better choice.

Need more suggestions? Please see our In-depth guide to the top compound bows to see what we believe is the greatest. If you want to quickly identify a bow by draw weight, IBO speed, handedness, mass, draw length, or ATA length in the displays of our compound bows comparison page (which includes all those features and more), we have that information as well. You should look at those as well!